Amongst the endearing qualities I am most likely to be described, irreverent must likely fall on the Top 3.

Nah, I do not actually resolve to absolute profanity every nano second that I open my mouth nor do I go out of my way to disrespect or be rude at any recognized belief or value systems and spiritual preferences. But I always had a problem with "figures of authority" so to speak.

The few of you who might know a little bit of me for real, and who may have chanced upon reading some of my earlier posts either on this Blog or my other Blog, Almost But Not Quite, you would probably know I was raised by my Dad who served in the army; a soldier; a war veteran. A bugle call and the Taps are just some of the things that are considered "regular" in our household. If a spoken joke is intended to be sarcastic, I have learned to live with the phrase, "pocket your smile!" 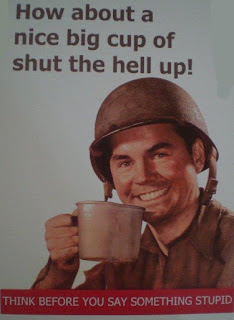 Whilst everyone in the entire clan would cringe in fear just hearing my father clear his throat, I grew up to be the perfect foil, to a home ruled under martial law, an impish scallywag. 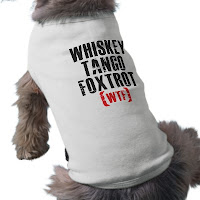 I had a distinct leverage, I was the only girl and for anyone who grew up in a testosterone dominated environment, being the only girl would earn you massive advantage points. Somewhere along the line, I acquired a rather fearless attitude in voicing my mind and my opinions, however stinky-poo they may be and a rather rebellious tendency when it comes to "controls" and regulations.

This tendency has bloomed to become a streak and has matured to become a trait and I have my fair share of fortunate and ridiculously unfortunate experiences with brushes against individuals who makes policies and makes out with their rules. 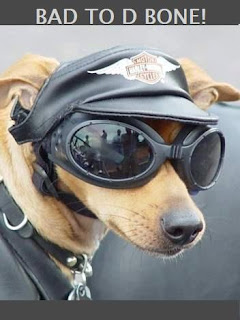 Certainly I abide to logical and rational principles based on respect and preservation of human dignity. It does not mean I follow all rules when they are generally stupid and bordering on insane.

I believe in discipline and a value for order as well as governance. I will never negotiate intelligence and the human capacity for smarts. Rather than embracing a dogma, I am more pragmatic. To my mind, a "title" does not earn you any respect; neither does your "stripes" if you behave by all means, like a douche-bag. Holding a position of power does not give you the power unless I attribute the power to you to control how I think and how I feel. You will always be powerless if I don't believe you to hold any significance to influence my life. A lot of people call this mindset, irreverence. I simply call it a having a mind. 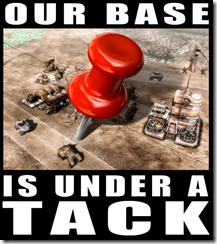 It is quite untrue to say I never learned anything under the military household. As a matter of fact, I have acquired a few practical principles that curbed my hostility against authority figures ( honestly, as I grew up I understood the meaning of obey...), and I took away a couple of sure-fire tips that helped me through surviving the warfare that is called "life". Life to begin with, is a daily combat. If you read through Murphy's Laws of Combat, don't pocket your smile, the rules hold true wherever or whatever your conditions are.

And for everything he has taught me, my Dad will always be my hero. 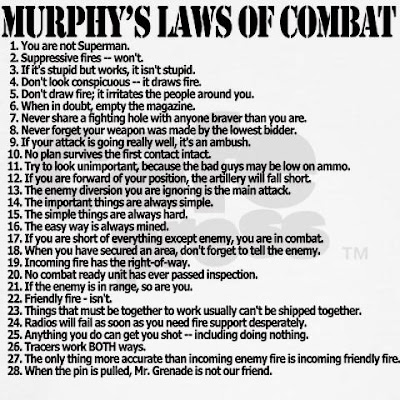 Posted by Psycho Babbling Basher at 4:17 AM

Email ThisBlogThis!Share to TwitterShare to FacebookShare to Pinterest
Labels: About Me, Irreverence, Military; Laws of Combat

Psycho Babbling Basher
I love to write, to paint, to sing and dance. I listen to people for a living. Explains why I have earned enough battle scars to ramble and rant. Life is simple, but people are not. I am a student of both.

Been There, Done That